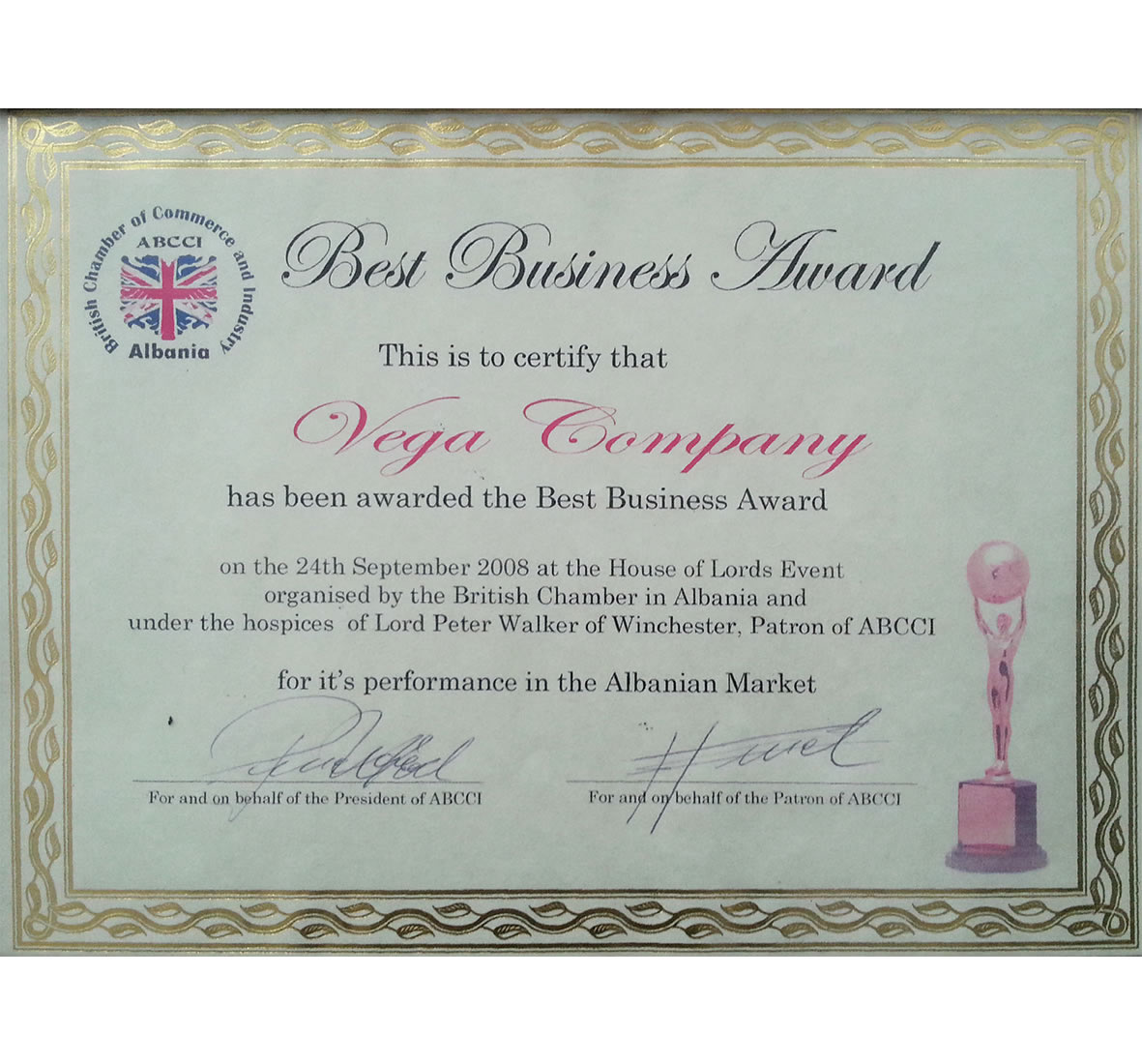 We are uncompromising in our pursuit of excellence. Perhaps the greatest testament to our commitment to quality work is the recognition we have garnered from our client and professional associates.

2011: VEGA received the award “Public Project for the Year” issued under the organization of Real Estate Awards 2011, Realex Albania

2008: VEGA received the award BEST BUSINESS 2008 IN ALBANIA, issued under the organization of the British Chambers of Commerce, House of Lords, London-UK

We believe that is important the financial support that private businesses can do for different purpose such as cultural, social and sports.